Hey everyone, Jason here from VFoC blogging live from a line in front of the mall waiting to get in so I can make the mad dash to the Apple store and buy my unexpensive iPhone 4S. The strange thing about this is that I have an iPhone 4, which is less than a year old, but since I updated my iOS to 5 yesterday, my iPhone 4 just vibrates and sticks on the letter “W” when I’m typing in an address in the Maps App. Fuck you Steve Jobs.

Oh wait !! Wow, this is even more uncomfortable than having sex with a melon, I just found out that Steve Jobs died. WTHFSITAA ??? If you want to know what that acronym is, then email me directly at vanfullofcandy@gmail.com or leave a fucking goddamn comment on this post you good for nothing fans who only come here to get your fix and then leave without ANYTHING in return. Or just go to Twitter and send @vanfullofcandy a message telling me what you think it means and the person who gets it right gets a brand new, well, slightly new iPhone 4*.

So yeah … wow, I totally want to apologize now for swearing the F bomb profanity at a dead man, that was way rude, but I’m just so out of touch with what’s going on out there in the real world. What a dick I am … I hope nobody holds this against me, I mean SHIT, I didn’t know he was dead. I figured with the new phone coming out and the new iTunes and the update to my phone which pretty much turned it into a cassette-tape size paperweight that he was still around. And we all know he is … come on, he just had a fucking space station designed here in our great state of Cali. Don’t tell me he’s not hiding in there with 2-Pac and Biggy Smalls.

Anyway, I need to stand up stretch because I’ve got at least another 10 hours before they open this bitch up so I can get my hands on a new iPhone.

*Totally lying so don’t EVEN !! 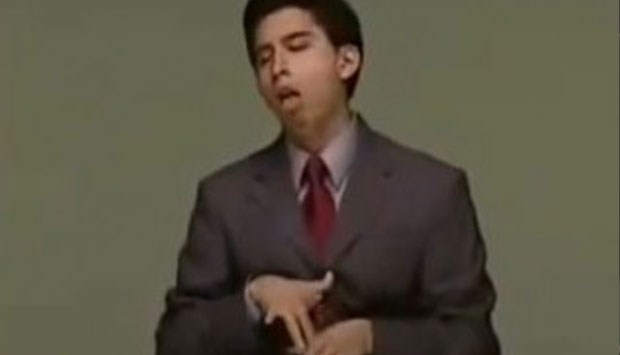