Your child needs to be told by everyone exactly what their genitalia mean to them socially and psychologically but then must never, under any circumstances, ever actually be instructed on how to use them by anyone. Especially not with weird anatomically correctish stuffed toys… But we’ll get to that…

You see, two equally and oppositely frustrating stories popped up in various newsy type web siteries recently that just made me want to tell everyone not directly involved with the current raising of a child anywhere in the world to take a nice big cleansing breath and shut entirely the fuck up.

Firstly, a relatively popular story of a newborn it named “Storm Stocker” has for no good reason pissed off a number of people who have absolutely nothing to do with this particular child thing. Apparently the reason this baby makes so many people angry is that it doesn’t know if it should shit itself like a baby girl or throw up on everyone that touches it like a baby boy. This genderless diaper of confusion is being raised by a pair of child endangermenters in Canada who have decided that they would simply rather not tell the world what’s going on in their infant’s nappy. They have this crazy notion that the world doesn’t need to know the specifics of their offspring’s genital configuration, which for some reason seems to have caused an uproar in a rather vocal group of baby penis and vagina enthusiasts.

And of course, rather than simply allow these parents to raise their very own child as they damned well see fit complete strangers call them crazy and experts call it “potentially disastrous”, while not understanding what words mean.

“To raise a child not as a boy or a girl is creating, in some sense, a freak,” said Dr. Eugene Beresin, director of training in child and adolescent psychiatry at Massachusetts General Hospital. “It sets them up for not knowing who they are.”

So this “expert” on ASOLESCENT PSYCHIATRY believes that the best way to describe this child who he knows nothing about and who frankly, knows nothing about itself,  is “freak”. Firstly, its people calling others freaks that sort of make them that thing. Secondly, this “expert” seems to imply that the only way a person knows anything about who they are, as a person, is by understanding who’s parts they have and what society says that means about who they are.

“To have a sense of self and personal identity is a critical part of normal healthy development,” he said. “This blocks that and sets the child up for bullying, scapegoating, and marginalization.”

To have a sense of self and personal identity IS a critical part of normal, healthy development, but to have that sense of self and personal identity hamstrung immediately by gender roles imposed by society and dogma does nothing what so ever to help promote the normal or healthy development of a human being’s personal sense of self and identity. Gender, more than anything, inhibits and limits the discovery of an individual’s personal identity, because to honestly explore exactly who you are in a way that contradicts preconceived gender specifications makes people fucking uncomfortable, if  for no other reason than pointing out the lack of choice they had and how fucked up THEY were by the roles they were forced into.

“We all have sexual identity,” said Beresin. “The mission to have masculine and feminine traits more equalized and more flexible and not judgmental is awesome in a utopian community. But we take pride in our sexual identity.”

A child takes absolutely no pride in their sexual identity. These parts that make them specifically this or specifically that mean no more to a young child than an ear lobe or an asshole. There’s plenty of time for their parts to define them later, when it’s unavoidable and everyone around them is unable to judge them by anything other than their gender because that’s how they were taught to identify everyone in their lives. And just because the world ain’t perfect, doesn’t mean these parents can’t try to strip away one of the biggest obstacles in their child’s future struggles for as long as they can while their child tries to discover other, more important things about themselves.

“Identity formation is really critical for every human being and part of that is gender,” Beresin said. “There are many cultural and social forces at play.”

It’s impossible to deny, part of that identity formation is indeed gender, but it should be the smallest part of it, not the biggest as all of the busy body opponents of these parent’s plan for raising their child want to make it. Your slit or your schlong shouldn’t be the first things that determine the direction of your life, it’ll direct the kid enough later, let’s spend some time learning what else might be going on inside it first before we tell it what it can and can’t be.

Meanwhile, in Switzerland sex ed programs are handing out stuffed vagina and wooden penis toys to school kids and the Swiss are losing their shit.

“Children should be encouraged to develop and experience their sexuality in a pleasurable way,” Daniel Schneider, a deputy kindergarten rector for Basel who helped develop the sex ed curriculum along with experts.

Of course, the same people who want to make sure their children understand that they’re a boy and they should do boy things, don’t want them to know what the boyest thing they could do is or how to do it.

Sure, some of the details sound kinda odd, such as the kindergarten teachers being instructed to “show that contacting body parts can be pleasurable.” and “recommends having children massage each other or to rub themselves with warm sand bags, all accompanied by soft music.” That seems more like entrapment than anything else, but I’m not a child sexology expert either, so what do I know?

But maybe the biggest problem for these parents IS encouraging children to “experience their sexuality in a pleasurable way”. These people believe that they should know what being a boy or a girl, a man or a woman means, but that they shouldn’t express, explore or discover anything else beyond their predetermined role. That hiding from them what their parts do is the best way to keep them from using them. It seems thousands of years of history has proven that to be a ridiculous theory, so why not then try to teach these children, who will learn it one way or another, how to do so safely, responsibly and enjoyably, rather than tell them that they shouldn’t do anything and if they do, they should keep it a secret and be ashamed of it. Talk to your kid, treat them like a responsible, thoughtful person, and they might be one.

Ultimately, a school doctor quoted in the “sex box” article sums it all up much more succinctly than I have been saying that the “the taboo around sex and sex ed is a problem that only adults have.” 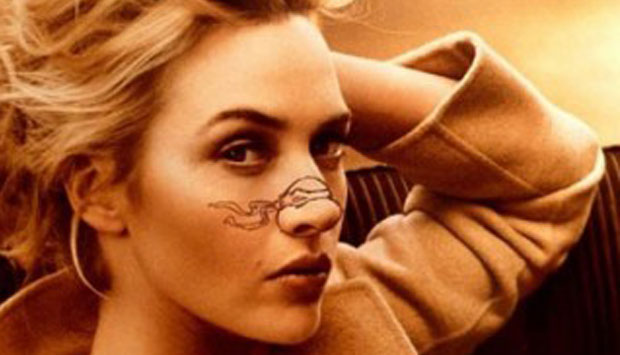 Celebrities With Turtles On Their Faces, That Is All

The "Justify Your Existence" Tours – Britney and Charlie, on the Road.
This Didn't Happen Today in History — February 6th

The War on Fake Drugs Doesn’t Claim Another Victim
Would You Like Some Honey in Your Panda Shit Tea?