FUCK! Ahhh, there, that felt good. I hadn’t really been able to use my full, luscious vocabulary on the internet in a while. But I’m still better off than folks in some countries, where the first word in this post would probably have gotten their finger-tips hacked off in some sort of public ceremony meant to drain a demon out of me. US-FUCKIN’-A!

Being the well respected journalist that I am (I’m not), I often find myself faced with defending the freedom of speech granted us by the glorious be-wigged founders of this great (pretty good) nation. It’s a right too often taken for granted by those who have it, and which is only ever really noticed when some freaking poop dookie dummy word assassin gets their male genitalia all bitchy and tries to infringe upon it like some darn clumsy terrorist jerk bastard.

The point is, thirteen words in that last sentence are on a new Mongolian internet blacklist.

Different countries have different rules for what is acceptable, sure, but clearly there was nothing so offensive in what I just said that any of it should be deemed ban-able. Now yeah, some of the other words on the list get up there in crudity and absurdity, but it’s still nothing that warrants policing. But again, we live in a country where you’re allowed to say anything you like, no matter how poorly thought out or grammatically mangled. Your right to express yourself in any narrow minded, hateful way you’d like is GUARANTEED to you, and just because someone doesn’t like to hear it, doesn’t mean you can’t say it.

The same can not be said in Central Asia unfortunately, where the Mongolian telecommunications regulatory commission recently issued a list of 774 Mongolian, Russian and English words that local websites are now not only prohibited from using, but must remove from existing sites, or face suspension.

So I for one am just glad that I don’t live in a place where the local government can reduce my vocabulary by nearly 800 colorful words simply because they disapprove of them. And, you know, I’d love to go on to list more of my favorite inclusions to the banned list, but the very kind and ruggedly hansom folks at Your Daily Media might disapprove, so I won’t. And that’s NOT censorship. It’s just, you know, an implied non-verbal agreement of what constituted good, common decency. A decision that, I’d like to re-iterate, is extremely generous and well hung. 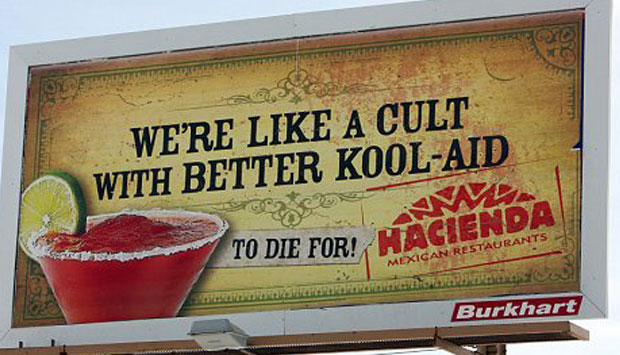