I don’t do a lot of flying, I have my reasons. One of them, certainly, is the fact that I don’t do a lot of traveling. I don’t think they have a lot of destinationless flights, and if they did, why would they? But when I do go somewhere, which as I’ve stated, I don’t, I usually don’t fly. And when ever someone asks me, trying and failing to mask their contempt and disgust like I just told them I don’t own a TV or that I’m literate, “Why don’t you fly?” I like to first joke with them “Because I wasn’t born on Krypton, a dying planet whose inhabitants my desperate father tried to warn of its impending doom. But in their arrogance they cursed him a fool and refused to listen to his pleas. Then, in defiance of the planetary council, he built an escape craft, large enough only for a tiny infant, I, their third choice for occupants, to be rocketed to the safety of a distant planet, this planet, this Earth. Though if I had been born there and had been sent here, my alien physiology would surely be fantastically affected by the radiation of this planet’s yellow sun, imbuing me with great powers, not the least of which could quite possibly be the gift of unaided personal flight.” And we laugh. And by we I usually mean me, because most of the time the people I tell that joke to will wander off midway through. Undeterred I always finish the joke, because it’s so whimsical and outrageous, it gets me every time. Krypton… where do I come up with these things?

The other reason I don’t fly is because of the ever-present threat of exploding babies.

So when I hear of the “uproar” stemming from a photo taken by a busy body priest in Kansas City over the weekend, of brave air port security personnel putting their very lives on the line for the air faring general public by thoroughly patting down a suspicious, potentially explosive packed 8 month old, I just want to say “You shut up, you shut right the hell up before you set off that ticking baby!”

You see, Saturday the right Reverend Jacob Jester took a dirty picture of a felt up baby after he passed through security in the Kansas City International airport. The first question one might ask of course is, “Why the fuck was it any of this asshole’s god damned business in the first fucking place?” Which, despite the somewhat excessive use of vulgarity considering we’re speaking of a man of the cloth, I think is a fair question. This wasn’t the parents having a problem with it like the six-year-old from a little while back. This was a literally holier than thou air traveler who decided it was his job to make sure the world knew how he felt about baby security.

But moving past the obvious problems of a Reverend taking snap shots of child touching, we arrive at the question of “Is this TSA screening gone overboard?” An excellent question. Wait, did I say excellent? I meant dumb. A dumb, stupid question. The reason this toddler-erroist was being given the smooth hand was because it’s stroller set off an alarm during a screening for explosives (or so says the TSA). Now, the world that we currently live in necessitates us screening things like strollers for explosives. Whether or not that’s a world any of us ever imagined we’d be living in or not is another question for another day, but that’s the cold hard fact of where we are. And in this world, where people are tucking C4 under their balls and trying to light it with a Bic between peanuts and beverage service, if something sets of a “Go Boom Boom” siren, that something gets wiped with a rubber glove, no matter how adorable it might have been before we thought it could explode.

The parents, who were either trying to smuggle explosives onto a plane through very clever baby based means, or simply accidentally bought a strolled constructed from bomb, were said to be “very cooperative and the process was completely without incident” and apparently didn’t have a problem with the proceedings. They did what they had to do, which then included allowing their infant to get a little bit of the “‘ol rub ‘n tug” and then they went on their way, being transported in mid-air from where they were to where they went. End of story for them. They had no idea that footage of their child’s federal massage had become a Twitter sensation. So then the next question becomes, if the family didn’t have a problem with it, and they weren’t taking cupcake snaps of their off spring getting digitally manipulated by the deft fingers of justice, then why the fuck is it any one else’s business?

The TSA, whom everyone seems to have no problem beating up for trying to do what they’re tasked to do in what may largely be a system of mostly symbolic gestures but is still designed to protect people as best they can, said that while children are not excluded from security screenings, that they are reviewing ways to improve its procedures for “low-risk populations.” But Reverend Your Business is My Business told the Kansas City Star that “An 8-month-old doesn’t pose a threat to airplane or national security. I am grateful for TSA’s willingness and desire to protect, but I believe in this instance that was extreme,”

But I for one couldn’t disagree with Acting Home Land Security Chief Jester more on this point. Any parent will tell you that a small child is just one squirming bag of biological explosions, barely contained by thin layers of disposable absorbent pull ups. Most home-made explosives use bags of fertilizer, essentially “doodies”. You stuff a fuse up the pooper of one of these things, wire it up just right, you’ve got a craptastrophe on your hands. And then where will your moral authority be Reverend? Plummeting 40,000 feet in a Pampers packed ball of smelly flames! That’s where!

So I say keep feelin’ up those babies air port security personnel. I’ll not fly better knowing that the skies are being protected from the clear and present, imminent threat, of air traffic’s new public enemy number one: exploding babies!

The "Justify Your Existence" Tours – Britney and Charlie, on the Road.
Burn Baby, Burn! (Hitler Inferno) 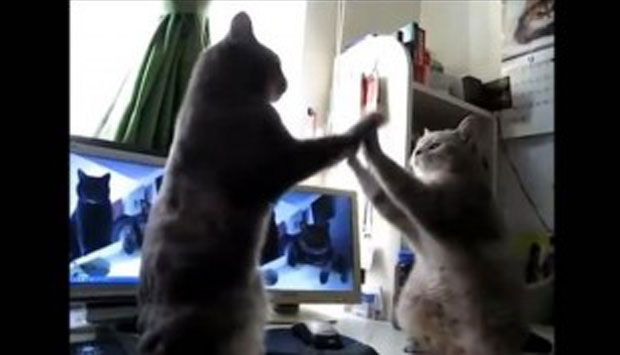 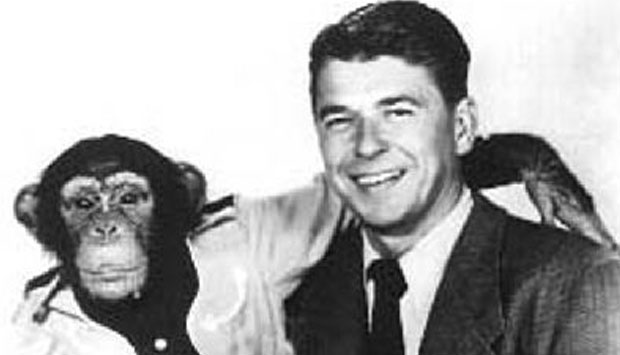