Like sex but hate enjoying it? Like pot but can’t stand getting high? Well have we got just the thing for you! All of the great taste of marijuana with NONE of the intoxicating effects, slathered on the outside of a prophylactic! Or you could just punch yourself in the taint with a “water pipe”…

With the recent creeping decriminalization of the wacky tobacky, everyone’s trying to jump on the Mary Jane train express to profit town. Whether if be simple but brilliant location decisions by entrepreneurial cookie salespersons, or in the case of Cannadom, the very simple “chocolate and peanut butter principal” of combining two great things into something that’ll taste great together. But I’m not sure Cannadom QUITE hit the mark with the elements they chose to combine.

This Netherlands company had (what on the surface) sounds like a winning product. I imagine the thought process was a genuine no-brainer: “How could we combine pot and sex? Take two things that traditionally, folks have flocked to Amsterdam for, package them together cleverly and die a happy death, crushed under the mountain of money that will flood in. The only problem is that they somehow managed to combine the absolute worst elements of both of their beloved targets.

The Cannadom is a condom that is “green in colour with a realistic cannabis flavour and smell”. And that’s where it ends. There is nothing involved in this prophylactic that has any other cannabis attributes, like, oh, I don’t know, getting one high at all. Just the rich flavor and scent of pot that everyone loves.

Cannadoms are available either in singles (for €1.50) or a ten pack (only €9.95, plus free shipping) or if you want to disappoint a friend who doesn’t read descriptions of things very thoroughly, they also offer gift certificates. 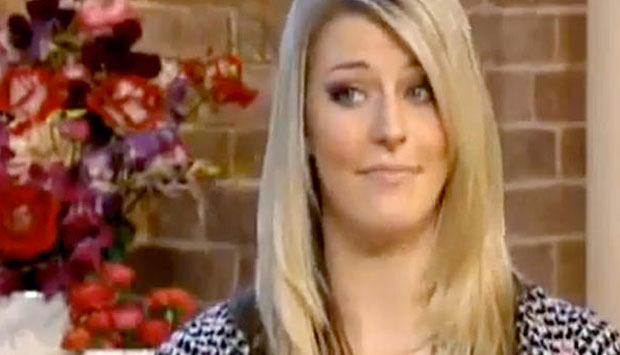