The newest and most popular judge on American Idol, who also happens to be the rock-star front man for Aerosmith, Steven Tyler, was unexpectedly asked to leave the show for good after last night’s episode.

Apparently Tyler didn’t realize that he was judging a “singing talent show” which finds America’s best vocal talent who are then exploited to record labels to shove half-hearted pop tunes down our throat for the almighty dollar. No. He actually thought that the show was a cross between ‘The Bachelor’ and ‘Rock of Love’ with Brett Michaels, and that he was there to pick one of the girls to be his next wife based on her singing abilities and hot, young, tight little body.

The truth about Steven’s confusion was made clear last night after the show when one of the producers heard him saying that he really thinks the “smokin’ little bam-bam Easter blondie with an ass for bouncin’ quarters off of” is going to be his pick, but only if she’s a good cook and doesn’t mind fashioning feathers to roach-clips for putting in his hair. This then raised the question: “What show do you think you’re on Mr. Tyler?”

Steven Tyler is a 63 year old man, no make that, mega-man, who has spent the majority of his badass controversial life rockin’ his balls to the walls with years of alcohol and drug use and still looks pretty damn good. Which to that might I say, BRAVO to you Mr. Tyler, BRAVO! Now for a normal 63 year old man to be confused about normal, everyday things such as “which one is the brake and which one is the gas?” is something that is accepted and then quickly forgotten about unless said old man runs his car into dozens of innocent pedestrians. But for Tyler, let’s couple his age with the scientific estimate of approximately 80% brain cell loss due to week long hotel smashings with Jack Daniels binges and drug induced orgies that would put Charlie Sheen to shame, his confusion as to what he was actually doing on the show makes perfect sense. So let’s not jump into the judging game quite so fast people. Give this man a freakin’ break, he could be your grandfather for Heaven’s sake.

“When a girl dresses all hoochie-coochie and shakes that money maker in front of me, I just assume she wants to get married and have babies”, said Tyler. “I also thought the other group of ugly bearded girls with deep voices was the pot which Randy Jackson got to pick from. Sorry for the confusion America, ROCK ON!!”

No Steven Tyler, YOU rock on!! 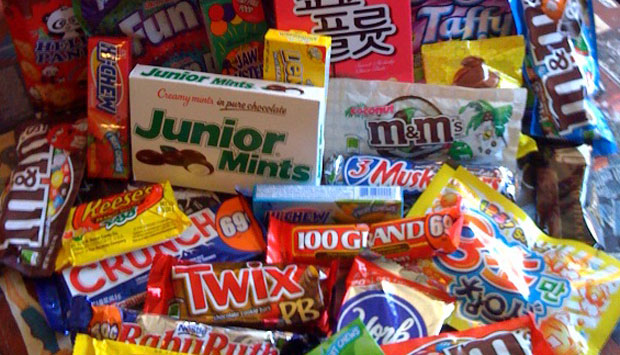 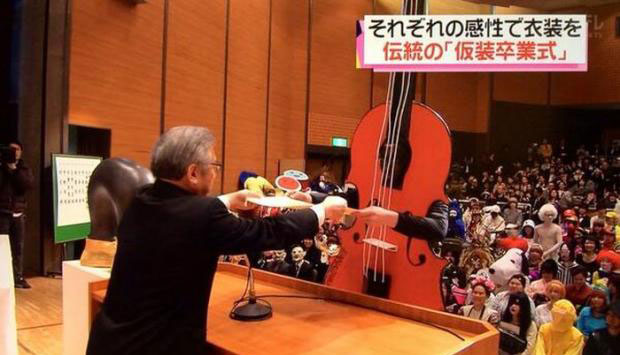 Graduation Day At This Japanese Art School Is Crazy Rad
Articles Schmarticles … Show Us The Boobs !!!