The Department of Homeland Security, the guys responsible for you having to mail yourself your own deoderant and the reason you have an entire hall closet dedicated to your plastic sheeting and duct tape storage, announced this week that they will begin phasing out their color coded terror alert system, and doing away with it completely by April of this year.

This proud, noble system, that has for so long kept us safe and sound, secure in the knowledge that we must remain ever elevated or risk some flag hating desert bastard blowing up our freedom! Because never in it’s long history did this advisory ever dip into the guarded blue or low green. If we were to perform our duty as fear abiding Americans we needed to know at all times that there was at best always the significant risk of an attack any where, at any time. Boo! Mother fucker! BOO! So simplistic in design that even the most American of us could understand it, the color coded advisory system became the very symbol of our global war on terrorism and it’s resounding success.

So, with our total and unquestioned victory over terror and the agents thereof it is time now to retire this glorious symbol of American fear. But what then will fill the fear void? Where will we look to next to know exactly how affraid we should be and what color, shape or symbol will most accurately encapsulate that ever present low level hum of fear in the back of our heads that we couldn’t possibly live without?

Well, Van Full of Candy is proud to announce that we have been contracted by the Unites States Government to devise a new replacement system of terrorfying you, the general public.

We take this contract very seriously. We thought what better way to get the word out than with daytime television and the stay at home moms, retired ladies, and the unfortunately unemployed women who watch them. With the vast amount of play dates, and the networking of moms everywhere, this was the only rational solution we could come up with based on the few hours of scientific research and blindfolded dart throwing we did at our facilities. VFoC presents the Kitchen Utensil Daytime TV Advisory System with Commercials:

This threat will be shown to housewives who are watching the PBS hit-show “Quilt In a Day”. The threat will be verified by flashing a wire wisk in the lower right hand corner for 20 seconds and playing “Happy Days are Here Again” by Barbra Streisand.

If a stay at home mom is at home for the afternoon enjoying Cindy Crawford’s “Meaningful Beauty” infomercial and a KitchenAid Mixer appears in the top left hand corner, then she is to understand that the everyday normal schmormal terror risk is in effect. Nothing to do, just be aware and possibly call her mother in law to inform her.

When a soccer mom gets interrupted from her show “She’s Crafty”, you know things are getting serious. A turkey baster spins in the center of the screen and Savage Garden’s “Truly Madly Deeply” begins to play at a louder volume than in Terror Threat 5.

Terror Threat 2: Full Blown Pissed Off Now (Terror is right down the street)

When unemployed haus frau’s get interrupted from their Judge Joe Brown show, you know that shit is starting to go down. Corn cob holders quickly fly across the screen, Judge Brown hides under his desk, “I Will Survive” by Gloria Gainer blasts as loudly as a commercial’s volume, and car’s alarm systems begin to blare. This is when things start to get ugly.

Terror Threat 1: Mad as hell and rolling her neck (Terrorists are calling your phone from inside the house)

Oh lawrd Jesus, mama just got severed from her Days of Our Lives show and the image of a bottle of wine appears on the screen. No music, no flashing, no nothing. All hell has broke loose and she’s fittin’ to rip somebody’s neck out. Everyone will be alerted of the terror by her screaming out the open window “OH NO THEY DIH’INT!!”  God speed terrorists, God speed!

Then, with this new threat level system in place, we decided to tackle what we thought the previous system was dangerously lacking. You see, when the inevitable does happens (and it will, don’t you forget it, oh, and Boo!) and we are powerless to stop the very fear we’ve been conditioning you to wet yourselves at the thought of, you need to be informed, and at the same time, calmed. Fear is alright when there’s really nothing to actually be afraid of, but when something scary does finally happen, you need to be soothed and distracted or in your panic you might finally realize that we have only successfully kept you on edge and afraid while having no real ability or desire to actually prevent that which we were frightening you with.

To that end, Van Full of Candy presents:

Cuddly, adorable, easy to recognize and understand, these furry little indicators will help you instantly recognize exactly which apocalyptic event has struck our shores. Who’ll have time to worry about the billion strong, red Chinese army that’s marching through the streets of downtown when these precious little things break the news?

A long forcasted, slow moving storm has come ashore, destroying much of a beloved national treasure. Steps that could have been easily taken to avoid this tragedy were ignored and the potential for this level of devastation was scoffed at by all who could have done something. The city is now populated exclusively by the drowned and the drowning. Help may or may not arrive in approximately 12-16 business days.

A commercial jet has been detonated in the sky over a major metropolitan city by the explosives rigged religious garment of a passenger who, while having been placed on the no fly list eight years ago was not subjected to an invasive pat down for fear of the appearance of and subsequent lawsuit for racial profiling. All of the passengers and crew have been immediately lost, with the flaming debris raining down on the city below likely to claim countless others.

During a hugely attended celebration, a mid sized passenger van explodes. The vehicle is packed with highly sophisticated home made explosives, nuclear waste material and a highly virulent biological agent. Those within the immediate blast radius are killed instantly and will later be referred to as “the luckiest people ever”. Over the next several months as the radiation and virus are carried through the atmosphere the death toll will be comically astronomical with each infected man woman and child begging for death to finally take them.

Kitteh Says: We heart you!

Racial tensions have finally come to a head with the wholesale slaughter of minority children by the “Soldiers of Purity”. The natural, understandable retaliation has sent the nation into an unending spiral of race warfare that after centuries of silent seething, now has no intention of being sated by anything short of the final drop of mongrel blood. Only when the land is pure, when none but the single victor race remains, then and only then, will there be momentary peace before we immediately find something else to hate about each other. The skies have opened and He has return to His Earth, and the followers whom He Himself promised He would someday deliver to their final reward, simply for accepting Him as their one true Lord, rejoice. Unfortunately some of the translations from the original scripture seem to have been less than entirely accurate as the Lord of Lords commands all of those that believed to rise from their graves, unleashing his undead army on the unclean non-believers. The Lamb’s grisly legion are impossibly fast and strong, easily tearing through the living flesh of those who have turned their eye from Him. The horrors cover the globe, with the pleas of the victims only being drowned out by the mirthless cackling of those believers slowly rising into the heavens in a softly glowing beam of light.

Kitteh Says: I have not forsaken you oh Lord! I am your staff of light! The heads of the heathens shall be cleaved from their wretched bodies!

And there you have it, fear is saved, you’re welcome. We at Van Full of Candy look forward to keeping you updated on exactly what you should fear next, as soon as we can make it up. Keep watching the skies! 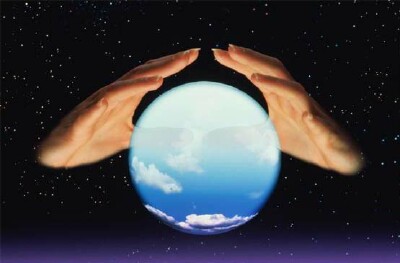