The multi-billionaire, close to owning the world, old, white, arrogant, eat at the finest restaurants every night, cigar smoking men at Apple have just completely outdone themselves today. They just announced that at the end of this month they will be releasing a white iPhone 4. Just when you thought things couldn’t get any more controversial with this company, they just blatantly yell to the world … “Hey, we’re racist, now suck our iPad!” A WHITE iPHONE! Might as well call it the Aryan race iPhone while you’re at it. The nerve! White! Have you ever seen a white apple? NO! Didn’t think so, they’re red, yellow and green. Although green kinda detracts from my rant/argument, I’m going to leave it in there because I’m sure aliens are green and they would be offended too, but I digress.

You would think that making millions upon billions upon kajillions of dollars year after year you could at least have the smallest ‘politically correct’ bone in your old honky bodies. You would think that coming from men who are slathered in embalming fluid every night with peacock feathers by hot Ukranian mail order brides would have the decency to realize that the rest of the world doesn’t have it quite as good as they do and would think, “hey, maybe we should end this whole race issue”. But do you think they can? No! They just can’t help themselves, they have to keep the white man strong, and on top, and in the lead.

Well to that all I can say is bullshit! This is a public boycott against Apple and their segregationistic ways! A boycott against their pretty, shiny, white, meatloaf eating products! We must rise up, we must unite against this ivory tower of technology and bigotry. We can no longer stand in lines for two days prior to a release of the “manna” that Steve Jobs and his Apple cronies deem worthy to bestow upon their brainwashed minions. The madness must end, and it must end today!!

A message from the CEO of Van Full of Candy: Good morning everyone. We would like to reiterate that the opinions expressed here are the views of the writer, specifically in this case Jason, and do not necessarily reflect the views and opinions of Van Full of Candy and their kind and extremely generous corporate sponsors. Upon finding out that Apple did indeed make a black iPhone, Jason immediately passed out and hit his head rather hard against the wooden floor. As he was being loaded into the ambulance he was mumbling something about stand strong for the brown, yellow and red iPhones that have yet to be made by the racist assholes otherwise known as Apple, Inc.

Super Like a Virgin Vogue Bowl – Sponsored by Bridgestone 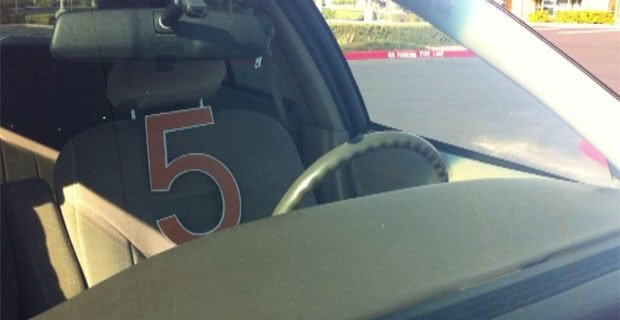