Disclaimer: This is going to be a long, angry, fed up rant. If that’s your kind of thing, please feel free to enjoy. If this isn’t your idea of a fun internet time, have one of these:

And we’ll see you tomorrow. For those sticking with us, let’s begin…

Settle down. Right now. Cut it out and settle down. Take a breath. Count backwards. Close your eyes and go to someplace less screamy and hysterical. You make me want to punch you in the face.

Now settle down again, because I probably don’t mean you specifically. This message is intended for the flailing, hyper sensitive, unhelpful masses who lose their shit any time something that has absolutely nothing to do with them happens thousands of miles away from their fat white uselessness. This probably isn’t you since you’re reading my insightful chiding of those noncontributing, knee jerk, bleating piles of predictable mock outrage, so you likely agree with me to some degree. Otherwise I look forward to explaining many of these words to you in response to your key board mashed, half formed responses in the comment field below.

With every natural disaster that strikes some, never could be prepared enough to withstand the very planet that it sits on bucking like it’s got a leg cramp, place, the usual groups of reactionaries seep out of the cracks in the Earth to descend upon those who have honestly already been fucked with enough. It never fails. These folks came out for Haiti and Katrina and they’ll be back for the next time the planet just does something that planets do and couldn’t care less how it affects the insignificant specks that are currently residing on it. Those groups are of course:

and the Relief Scum.

Let’s examine each individually shall we?

God’s a fucking dick. Apparently. Because while we were given free will and dominion over his Earth, apparently any time some dude sticks his penis into the consensual orifice of another fellah, God just loses his shit and kills thousands of people. And of course if two ladies want to maybe get married and raise the discarded child of a proper, unhappy, natural coupling of an irresponsible man and a selfish woman, God will, quite understandably, pick up his planet and shake it like a screaming baby until everybody gets the hint that it’s not hot for him unless a man layeth down with a woman and get it on for all of his omnipotent jollies.

There’s a group of God’s messengers who every time something like this happens can’t get in front of a microphone fast enough to tell us that this is all because we don’t pray hard enough. You’re telling me that this is the guy that you want to hang out with for the rest of eternity? Some thin skinned deity who throws a bitch fit every time something doesn’t go his way. And these God Did Thisers celebrate and chuckle and told you so every time a natural disaster, caused entirely by the inner workings of this planet and not the whims of some bearded sky douche, claims thousands of innocent lives. Unless this disaster was delivered with laser like precision and all of these thousands of people were gay loving gay lovers who just loved to gay, it’s likely that a lot of people who never engaged in any form of gayity were claimed in God’s latest wrath spasm. So how can these supposed men of God be so giddy and excited about all of this carnage caused, by their own claims, as an act directly from their great invisible man? How is that holy? How the fuck does that jibe at all with your supposed message of love and salvation? Fuck you, fuck you and your violent, vindictive, God of slaughter and intolerance.

People digging out of the splintered remains of what is left of their entire lives don’t care if someone they’ll never know makes a poorly delivered joke that they’ll never hear and don’t need you to be offended for them. Given a little time and distance, the guy who lost his entire existence to a wall of water could probably even laugh at their own circumstance and will likely laugh at the joke about the next poor asshole digging himself out of some not dissimilar tragedy. So any time anyone says something that you think should offend a victim that you have absolutely no connection with, you don’t have to demand they be fired or cry like you actually care about the people they didn’t actually insult. You can just look at that joke, shrug to yourself and say “That’s not a very well thought out or executed comedic premise.” and go on about your day, or you can chuckle quietly to yourself while silently hating being amused by something that really doesn’t affect you in the first place.

You didn’t care about any of these people a minute before you heard that there was an earthquake, and it has not suddenly become your job to make sure that everyone understands that you super care now and that they should too. Fuck you and your disingenuous outrage.

Japan doesn’t need your help. Japan doesn’t want your help. But you feel for some reason that you have to text them some money. Good for you, what ever makes you feel like you’re saving the world, hero. But invariably with every relief effort that springs up around these disasters there are people who will take advantage of your misguided good intentions and somehow it works every damned time. If you have to donate to a relief effort, and you don’t, make sure you have ever heard of the name of the people you’re giving your money to. These people preying upon the well meaning are no doubt some of the most vile scum bags on the planet, but if you are dumb enough to be suckered into these scams then you should clearly have someone else holding onto your money for you any way, and the guy who just stole it from you is as good a person as any for the job.

Just so we’re clear, I don’t hate Japan, I think it’s sad as hell what’s happened to my favorite weirdly perverse Asian nation, but we all need to just settle down for one god damned second. Do you honestly think that a country that had two nuclear weapons dropped on it only to become one of the great economic and cultural forces on the planet isn’t going to be able to handle a little tsunami? It’s their fucking word! They probably get it. So just settle the fuck down and we’ll be back to shaking our head in confusion at the latest tentacle porn and ass rape simulation video games from the land of the rising sun in no time. 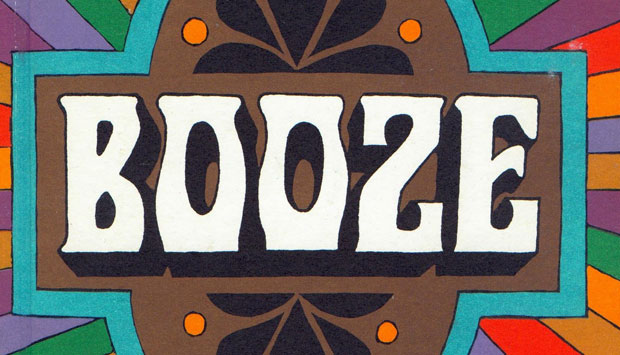 Drinking: Too Much vs. Shut Up
UPDATE: VFoC courted by Sub Pop Records and Adam McKay!