We live in a society that refuses to take responsibility for its ridiculous, nonsensical actions and is unwilling to sacrifice anything in order to simply live within’ its means. We’re like a country of coked up toddlers, too busy snapping all of our toys in half and screaming at the top of our lungs to understand why all of our shit is broken and our throats hurt.

In the end, politicians scream and yell and abandon state and make a big giant show of getting absolutely nothing done when ultimately, the budget solutions are oh so simple. Now, I’m not a trained, certified Economizer, but I have a checking account and shit that I want and need and no one willing to loan me an endless supply of cash indefinitely solely on my word that I’m a decent dude. So I’ve learned how to manage a small amount of money is what I’m saying, and I’m here with a couple can’t lose budget deficit solutions for the great state of California, free of charge.

Like any good cable provider knows, you need to bundle your products strategically in order to appeal to certain specific groups. The government can do the exact same thing. California can simply bundle sets of laws and services into differently priced tax packages so that the citizens of the state can decide which package of freedoms works best for them.

Your Basic Service package includes things like emergency rooms and public schools and police and roads. You pay for all of those, so you get to use those services. Of course if you’re going to pay less for the basic package you also have to pay for the less popular features that others don’t want to pay for like those government sponsored abortions that I keep hearing everyone has to have by the time they’re 14.

As you upgrade to more premium packages you get special perks that go along with it. For example, if you choose the Action Plus package, you get everything in the basic package along with features like a special licence plate that allows you to legally drive up to 95 miles per hour on any paved street in the state: highway, residential, handicapped school crossing, you paid for it, freedom loving citizen, and nobody can take it away from you.

Other package perks would include the Justice Bonus pack, which entitles you to serve as executioner for a death row inmate of your choice and the Ultra Sports Megapack where you get to coach any state sports team of your choice for one week of their upcoming season.

The other option is, if you can believe it, even simpler!

As best as I can figure it, California is facing a deficit somewhere in the neighborhood of $25 billion dollars and the population of California is roughly 37 million. If we simply follow my plan and we all do our part we can almost immediately make this deficit disappear all with no new taxes and no spending cuts. You may then be wondering how I intend to make $25 billion dollars simply appear if not by being miraculously pulled from betwixt my firm, shapely, hair dusted man buttocks. My proposal is this… Bake sale!

The only thing that Americans love more than their freedom is stuffing their faces with delicious home baked treats. And if they can ensure their freedoms BY stuffing their face, then that’s more American than stuffing a hot dog crammed apple pie right up grandma! My proposal is simply this: We have 37 million Californians, if we sell each of them a cupcake at say, $3 a pop, which I think is more than reasonable ’cause these are going to be high quality cupcakes, like, fancy cupcakery style, not like day old, two bite, grainy frosting, nuggets of dry throat plug. So, $3 a cupcake and, let’s say another dollar for a good sized paper cup (earth friendly!) of fresh squeezed, ice cold lemonade, that’s $4 a piece, times 37 million, that’s a cool $148 million dollars. Clearly that doesn’t solve our budget problem in one afternoon, which is why my plan calls for mandatory participation by every Californian citizen in the extended state wide, tasty budget solve-party bake sale! That means that this entire budget problem can be solved as easily as having every California resident purchase one cupcake a day, three days a week, every week, for an entire year! Yum! Fiscal responsibility never tasted so good!

So really, at this point, with all of these incredibly simply and reasonable options on the table when we end up bankrupt and chasing each other on motorcycles through the wastelands for the last gallon of gas, you’ll at least know that we could have just gotten a little fat(ter) and avoided the whole damned mess if we’d just listened to me.

Candy for the Ears: The New VFoC LIVE Podcast!
The "No Cut Off My Penis" Clause 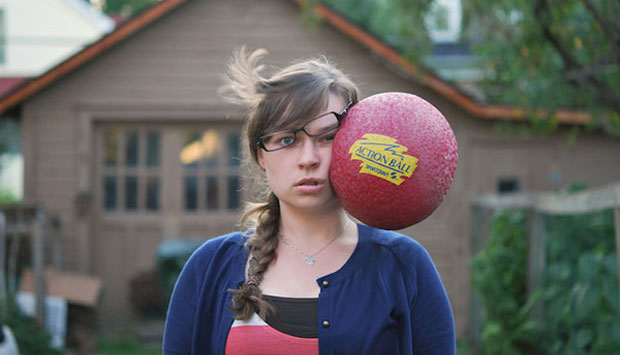 An Artistic Examination Of “Stuff Being Thrown At My Head” 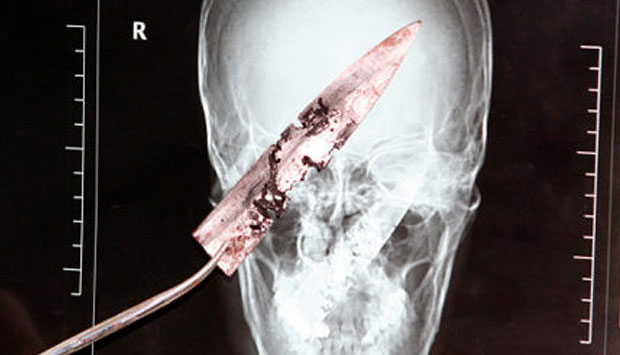 Is That A Knife In Your Head Or Are You Just Happy To See Me? (VIDEO)
Yeah! Rub Your Pie All Up In My Face, Mmmmm !!