Move over LeBron James, there’s a new King in town, and he goes by the name “Dirk”. This seven foot homeless man from Germany reeks of malt liquor, sleeps in alleys, but by dumb luck has now found a new home in the NBA with the Dallas Mavericks.

Dirk, otherwise known on the streets as “Giant Adolf”, was mistaken for an NBA player last night while stumbling outside of the AmericanAirlines arena in Miami, Florida. A security guard at the Dallas Mavericks locker room figured that Giant Adolf had to be an NBA player being how tall he was, but was confused when Adolf kept asking him for some change. Through his thick German accent, the security guard figured he was “needing to change” so he could play in the game, let him in the locker room, and the rest is history.

Giant Adolf entered the game, ran around like a crazy man, scoring 21 points, grabbing 11 rebounds, won the NBA championship, was voted the MVP of the finals, and made LeBron James and Dwyane Wade of the Miami Heat look like playground punks playin’ a game of pickup basketball all while keeping a good buzz going during timeouts.

After the game, it was reported that Giant Adolf took his golden ball trophy and was seen walking in Miami Beach into JJ’s Liquor and Smokes looking to trade for two bottles of MadDog 20/20, a pack of Newports and some beef jerky. As for Giant Adolf’s future plans in the NBA, he was heard yelling “Ich liebe dieses Spiel” while he was pissing on a mailbox. 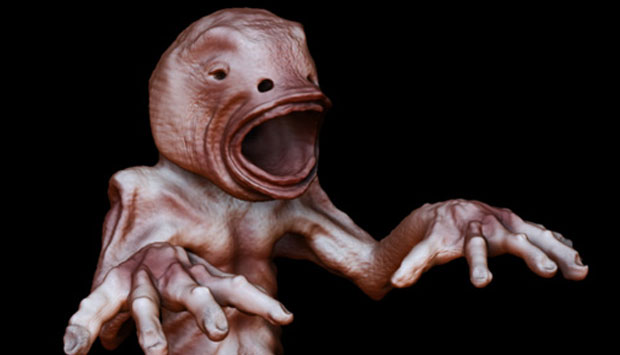