The first of which being that a a giant bearded dude who lives in the clouds said one day “This shit is dark yo, BOOMSHACKALACKA!” and then everything that is happened. Then he made people in his image and decided he didn’t like them and washed them away and started over and sent his kid to check out how it was going and he got stapled to a fence post before floating back up to home until he collected enough crowns and a horse to ride back down from the sky on.

The other popular yarn is that a half dozen decades ago some little space mans in an intergalactic circle were taking in the sights of lovely, scenic New Mexico when they ran out of illudium Q-36 explosive space modulators and broke down on the side of the road. The United States Military was then kind enough to construct them an airbase that they deny exists and built us iPods out of the wreckage.

Each crazy belief system has it’s ardent, devoted followers, and each were under attack this week by nerds.

A new book, “Area 51” by Annie Jacobsen claims that the craft that didn’t crash in Roswell was not in fact a group of drunken, joyriding frat aliens, but instead, a remote control Soviet Russia spy saucer built by Nazi scientists and filled with genetic experiments cooked up by Josef Mengele. Naturally. So we have gone from alien crash landing, to USSR Nazi crash landing “hoax” intended to freak us out “War of the Worlds” style.

Now, I understand that we and Russia were doing some crazy things back in the good ol’ days of black and white, and I get that Nazi’s had a whimsical sense of humor that was often a little heady and it was sometimes hard to see how throwing a Banana cream pie filled with genetically mutated astronauts at Nevada might be hilarious. The main problem with this argument though is trying to replace one fantastical, difficult to believe story, with another story that sounds like was left scribbled on a napkin by Quentin Tarantino after polishing off a plate of crystal meth and Draino lady fingers.

Since we’re clearly not being serious anymore, I’d like to offer my explanation for the Roswell Incident: a race of subterranean turtle people attempting to make contact with the surface world for the first time since sending their lone emissary nearly 2000 years prior with disastrous results, fashioned a land ship which burrowed up to the surface only to burst into flames and explode once being exposed to the atmosphere of the surface world. Fearing that no one would ever believe such a ridiculous story, the United States government, in co-operation with all other world leaders of the day decided it would be best to just tell the world aliens crash landed so as to not send the world’s population into a hysteria trying to dig down into the turtle people’s home and throw the planet into chaos.

Then we have Kirk Cameron. Some of you may remember Kirk as the dreamy Seaver boy on America’s existingest 80s sit-com “Growing Pains”. Since then he’s found god and wants you to know all about it. Oh, and he’s also kind of a lunatic. But he knows what he’s talking about, like most lunatics, and not just because he talks to god like, every day, or because he was already in the pretend rapture in the “Left Behind” movies, no, it’s because he’s not going to give jokes like Stephen Hawking a free ride like everyone else who’s afraid to stand up to him.

“To say anything negative about Stephen Hawking is like bullying a blind man. He has an unfair disadvantage, and that gives him a free pass on some of his absurd ideas.”

Now, to the first sentence, I’m not sure if Kirk thinks that blind people can’t walk, or that he’s also calling Mr. Hawking lazy for riding around in that chair all the time just ’cause he can’t see. And really, to say anything negative about someone else seems kind of un-Jesus like, and counter productive to a reasonable intellectual discussion. But what do I know? I just usually like to interact with human beings who exist in real life rather than spending all day sending telepathic love letters to a character in a story book.

But I think the more entertaining part of Kirk’s insult is the second half of that statement, that because of Mr. Hawking’s hysterical, debilitating blindness which has taken from him the use of just about everything but his eyes, he believes that because of his “unfair disadvantage” nobody calls him on his shit. Kirk Cameron is telling us that the scientific community has just accepted this man’s theories and lauded him as one of the most brilliant minds in the history of the world, because they don’t want to hurt his feelings.

This fountain of crazy continues:

“Professor Hawking is heralded as ‘the genius of Britain,’ yet he believes in the scientific impossibility that nothing created everything and that life sprang from non-life. Why should anyone believe Mr. Hawking’s writings if he cannot provide evidence for his unscientific belief that out of nothing, everything came?”

Always one of my favorite arguments. In this case Kirk calls into question Mr. Hawking’s beliefs, asking how anyone could buy his blind gibberish if he can’t prove any of it. What I don’t think Mr. Cameron understands is that, the bible, for all of it’s nice words and well meaning thought, is not a receipt for the universe. It’s a book. Unless I missed something, it’s as much proof of the existence of god and an afterlife as Mr. Hawking’s assertion that the afterlife is a “fairy story for people afraid of the dark”. Kirk saying it is doesn’t mean it is and his argument is that since Stephen Hawking can’t prove definitively exactly how the universe came into being that makes anything he ever says on the subject nothing more than the ravings of a perpetually pitied blind asshole. And when that’s the position you’re going to start this discussion from, where the hell do we possibly go from there?

So in the end, what do we have? We’re left with the choice between Alien visitation gone wrong or Soviet Nazi prank and the views of the existence of the universe as proposed by Stephen Hawking or not unproved sufficiently to Kirk Cameron. Who wins in any of these arguments? I mean, besides me that is, ’cause I can write about these kinds of crazy all day long.


TV Review: "Taking on Tyson"
Happy Secretary's Day : Who Says Sexism Is Dead?
This Didn't Happen Today in History — October 7th
I Scream, You Scream, We All Scream for Boobie Ice Cream! 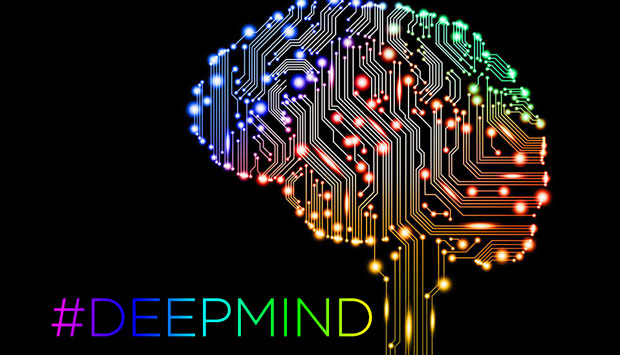